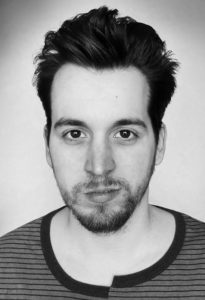 Arne R. Herrmann is a Berlin-based video editor, who started editing music videos for friends in 2003, as well as trailers for a Berliner independent film distributor.

After a few years he started working for Maz&Movie and edited the weekly cinema show FILM AB! for VIVA, a German music video TV station. He also started working on featurettes, behind the scenes specials and DVD/BLU-RAY extras for a wide range of German films. In 2013 he became a freelance editor, working on commercials, film premiere coverage and other high-profile event work.

In 2016 Arne became a senior editor at The Dream Factory film marketing agency, where he continues to cut trailers and other AV content for a range of studios and other distributors, including Warner Bros, Sony, Studiocanal, Constantin Film, Tobis, The Match Factory and Beta Cinema.

By continuing to use the site, you agree to the use of cookies. more information